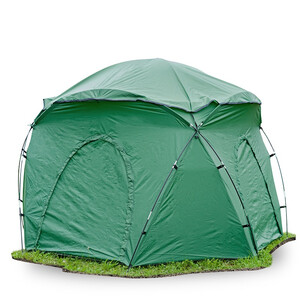 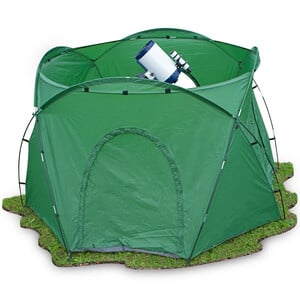 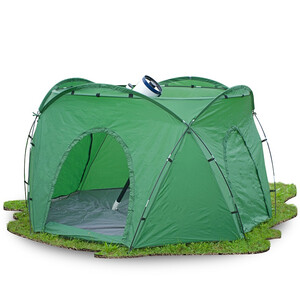 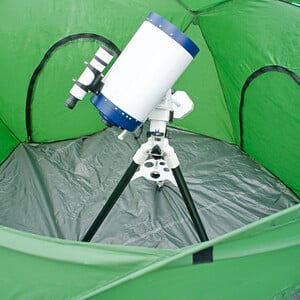 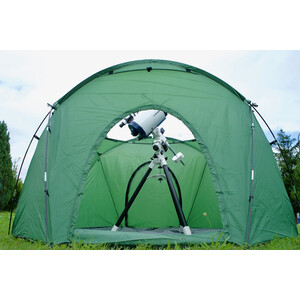 Show reviews (1)
Product questions?
Log in to add this product to your watchlist.

How is your experience regarding this product?

The base of the tent worked generally as advertised. There were loose threads here and there, but nothing major. The biggest issue with this tent is the roof - which is the entire purpose of this tent, as without it there are many, many cheaper alternatives.

The roof is held on with velcro - I was initially hoping for a zip, as a relatively well-sealed tent would keep out bugs, but there aren't many options for this type of tent. There are 3 small velcro patches on each side of the tent. My roof had a missing patch, and the middle velcro patch on that side would constantly pop off. This creates a big gap on one side. With the roof-support poles installed, the roof is pulling quite a lot on these velcro patches, and you can't go without them if you expect rain as water will pool in the middle of the roof.

Not only that, but the roof barely covers the base of the tent, and forms little gaps that rain can get in, even when properly attached. In fact, after a pretty light shower, water had pooled at the corners near each gap and widened this gap, inevitably splashing quite a bit of water inside the tent. I also believe there was water on the interior from other sources, but I haven't confirmed where yet.

Now, I didn't expect a tent with a detachable roof to have the best protection from rain, but the frustrating thing is how many of these problems could have been easily fixed. It's like they didn't test this at all, and the oversights are so frustrating. The tent is advertised as being able to protect equipment from weather and encourages keeping the tent up when the weather is changeable. In reality, there's virtually no point on having it, aside from maybe some wind protection. I'm very concerned about how it would fare in heavier rain. At least spiders love it.