Telescopes and accessories are often equipped with a prism rail - also called a dovetail bar. This rail can be attached firmly by means of a dovetail clamp to, for example, an astronomical mount.

Two standards have been established for the rails: the relatively narrow rails introduced by the Japanese manufacturer Vixen and the wider Losmandy rails. The latter are 3 inches wide and are mainly used for heavy telescopes.

More information on the topic "Type" in our glossary...
Omegon Dual prism clamp (Losmandy- and Vixen-Style) 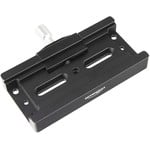 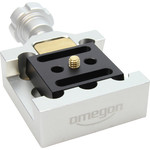